John Lee Dumas runs one of the most successful podcasts out there called Entrepreneurs On Fire - it is "the" podcast to get on if you are a digital entrepreneur. (He publicly shares his revenue on his site and breaks down where it is all coming from - go check it out.  One of his revenue streams is his membership program called Podcasters Paradise where he teaches people how to create, grow and monetize a podcast. When he came to me he was already doing this for several years using kind of a home grown platform. His members where not as happy as he wanted them to be and they were having a hard time finding all of the great training he had inside

“ We launched Podcasters' Paradise in 2013 on a membership platform that offered close to zero customization. The design was terrible and the layout of the site made it tough for our students to find what they were looking for. When we were introduced Thinkific, we fell in love with the experience we could deliver our members through the platform, and once connected with Rob - who built us a fully customized membership site - we knew our members were in for a treat.

Now we get emails and notes from our members every day about how beautiful the site is, and how easy it is for them to find content because of the layout and organization. Podcasters' Paradise is now home to over 3,400 members and still growing nearly six years post-launch. The growth we've experienced and the retention we're proud of is a direct result of the platform and customization made possible by Rob and the team over at Thinkific. ”John Lee Dumas - Entrepreneur On Fire

How We Helped JLD Create Impact

The first thing we wanted to do was just re-arrange and segment his content into three major stages that his audience was in. By creating stages, it enables his members to focus just on the content that is important to them at the moment. If someone is getting started with a podcast, do you think they really want to hear about all of these advanced concepts like affiliate marketing and super funnels? No! - They just want to get some momentum going with the basics. 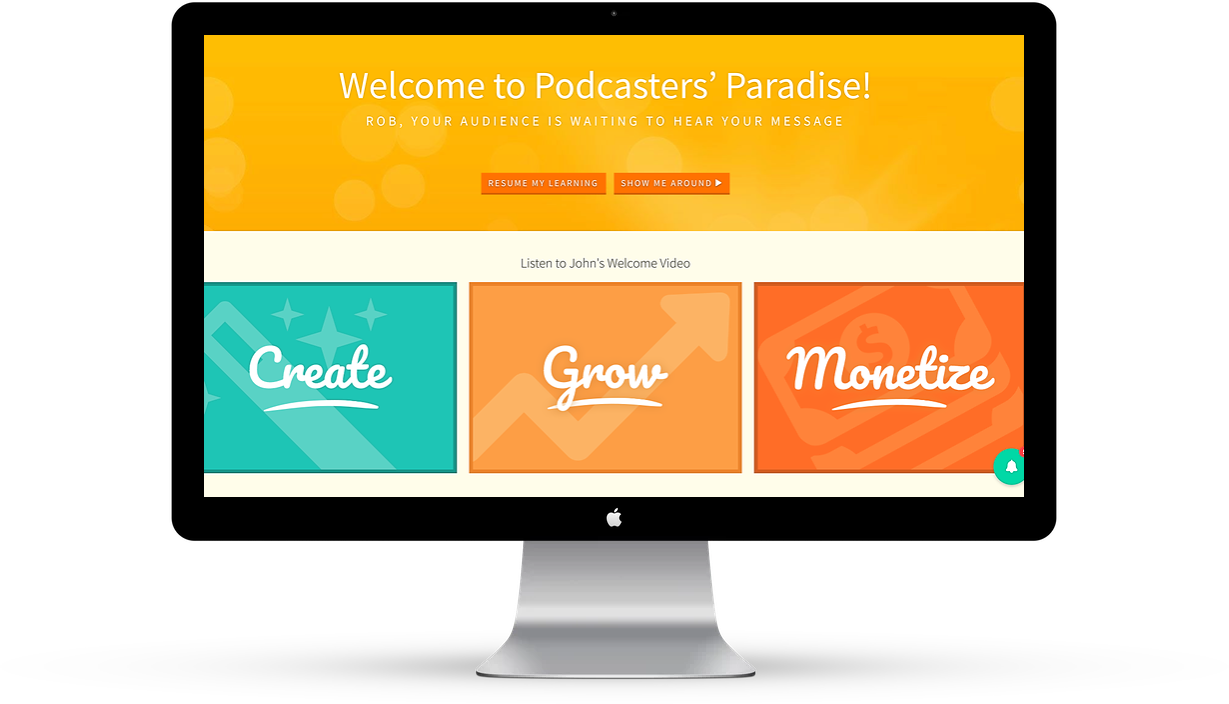 We took all of his courses (unchanged) and put it into three stages: "Create", "Grow", "Monetize". Each stage contained around 6 courses that helped them focus on the key things they needed to learn in order to move to the next stage. And since all of this does not happen overnight - it creates a great retention strategy for his members to stick around for a long time so that they can master launching and monetizing their podcast.

A "stage based" membership is one of the best membership models to use, because it naturally increases retention, you can launch it with just the first stage being ready; and it helps you focus on who you should be targeting to join your program.

When you have a staged based membership like Podcaster's Paradise - you would usually target or attract the people who are at the beginning stage. But we knew especially with JLD's popularity, that he would be attracting all sorts of people who were at various stages of their journey. To help with this, we created an on-boarding quiz to help people identify which stage they are in, so that they can start with the content that is most important to them, instead of having to wast time figuring it out themselves. 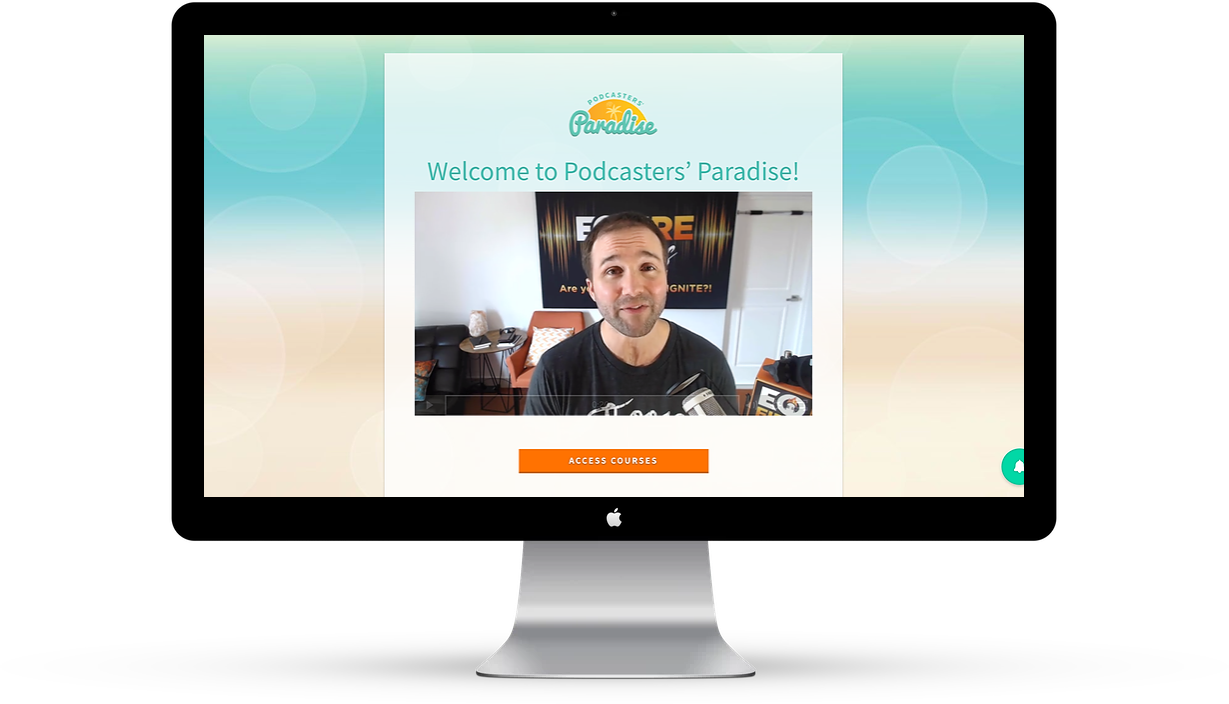 Often when you are watching course content, it is not completed in one sitting. And when you log back in, you may have trouble recalling what you were working on. So what we did was make it dead simple, so that they did not even have to think about it. As soon as they log into Podcasters Paradise, they click a button and immediately start back into the course they were watching (even the video plays where they left off - just like Netflix) 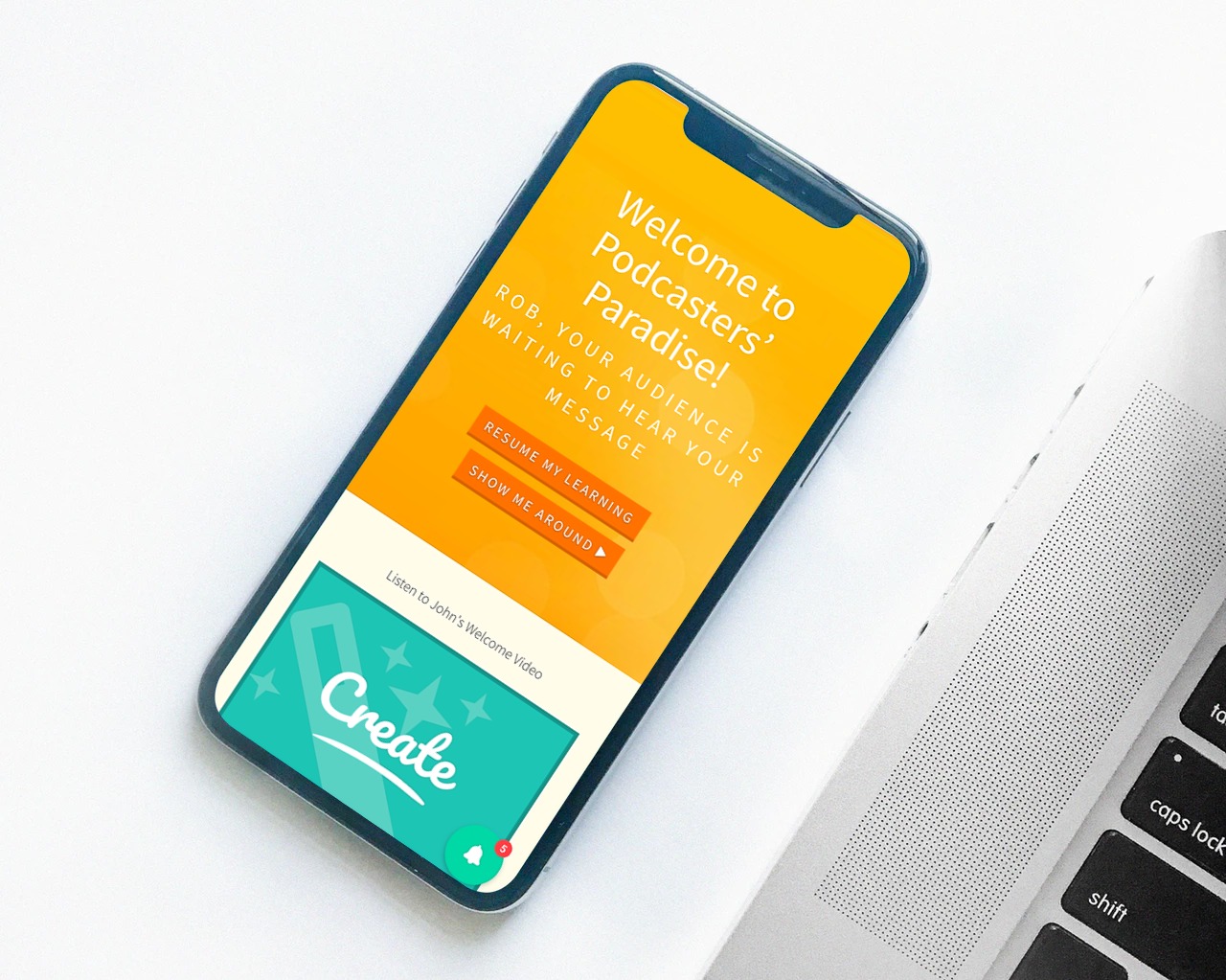 It is always a great idea to have a screen recording easily available so that your members can re-orientate themselves. It not only helps them quickly find what they may be looking for, but also acts as a retention strategy by reminding them of all of the great benefits of being a member.

Memberships are more than just having a bunch of courses. It is a good idea to have some "easier to digest" quick wins for your members to balance out the "heavy" effort of courses. These could be quick downloads or even links to other helpful products and services (bonus if you have an affiliate link for those products so you can create an extra stream of revenue) 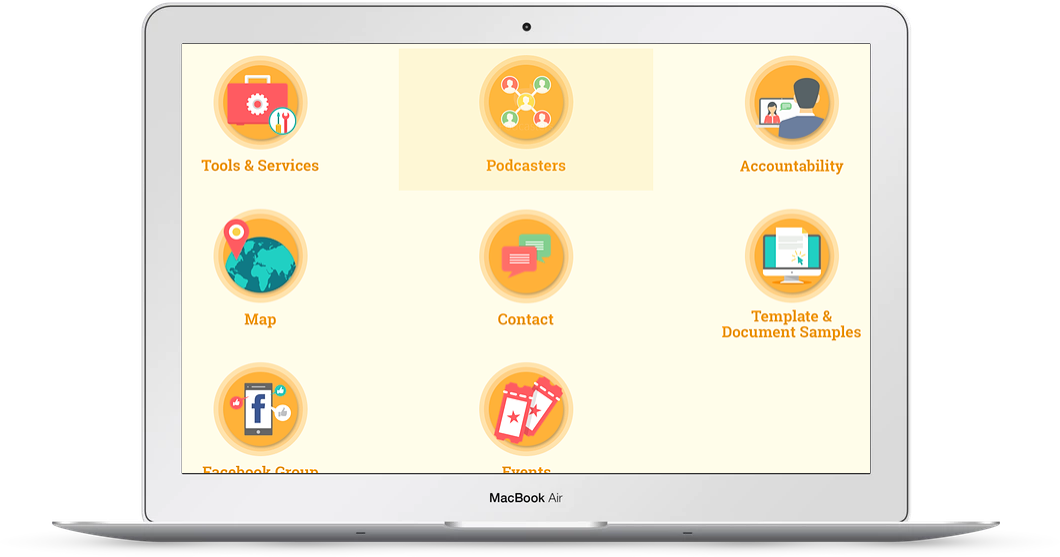 Working with JLD and his partner Kate Erickson was pretty awesome - not only were they a "big brand" that was well known in the industry; but they are also really genuinely nice people. This was one of the first projects I did a few years ago and since then, I am even putting so much more into my membership projects - but I still work with the EOF fire team on continuous improvements. As a membership site owner, you always want to find ways to make your members happier, have greater impact and increase your retention.

I help entrepreneurs, big brands and enterprise companies create an online course or membership site experience that turns your members into Forever Fans

We suggest moving this party over to a full size window.
You'll enjoy it way more.
Close
Go Fullscreen